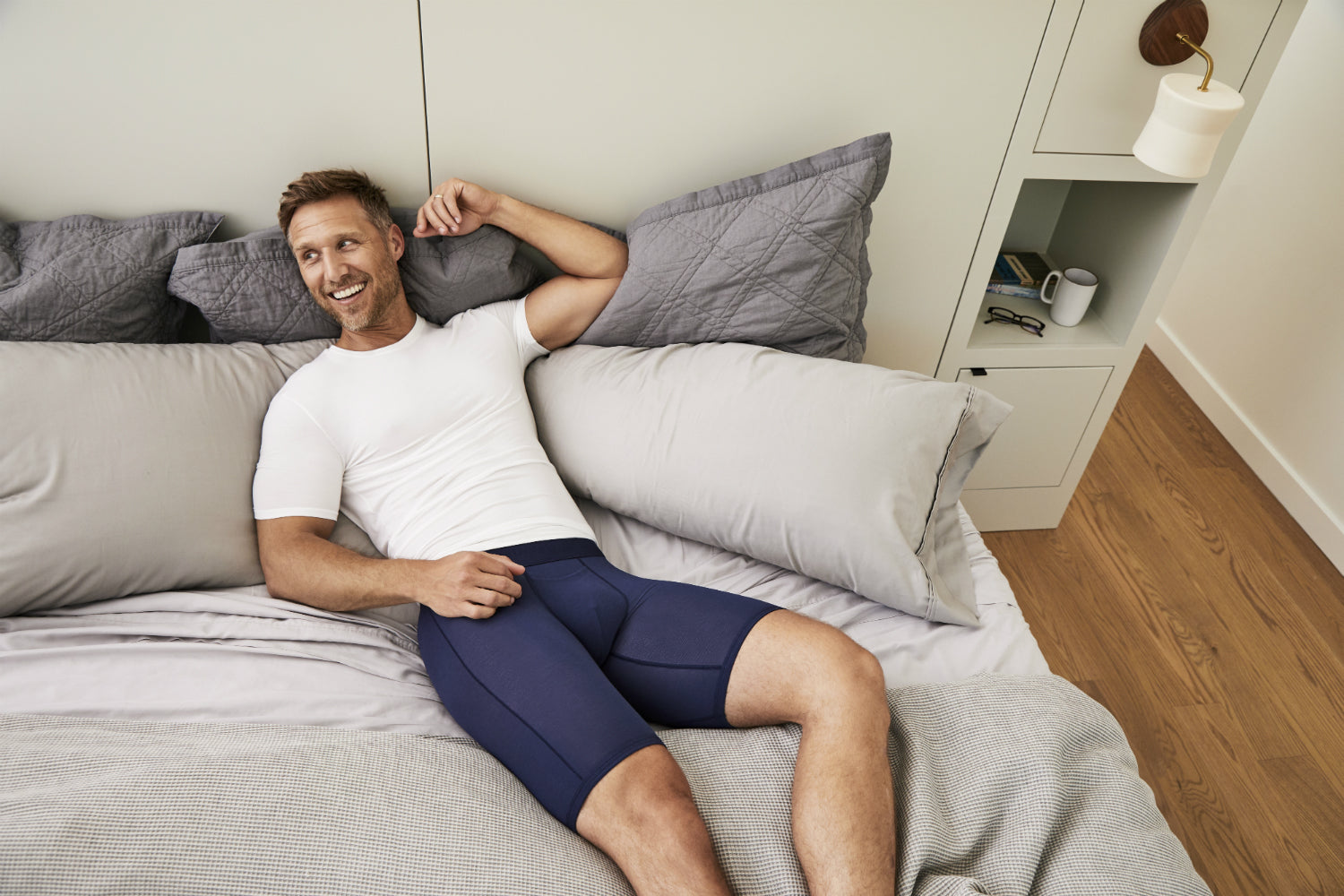 4 situations where the right men's underwear is a literal lifesaver

Here at Tommy John, we care about men’s underwear, because we know how intrinsic this most intimate of clothing items is to men’s comfort, confidence, and style.

As the creator of the best men’s underwear on the planet, we realize our obsession may make us a little biased. Still, we firmly believe that many men underestimate their underwear. Maybe that’s the result of low expectations caused by years of wearing uncomfortable undies. Or maybe you’ve just got other things on your mind — work, family, making time for the gym.

To prove it, we’ve assembled an incredible list of underwear achievements: instances when the right men’s underwear could make the difference between life and death. Some are real-life, some are hypothetical and some are high-tech wonder-undies still in development.

We think all of these stories should encourage men to pause and meditate for a moment on the beauty of a great pair of premium men's underwear. Even if yours haven’t (yet) saved a life, they can certainly be one of those seemingly small details of life that can help you feel and perform at your best.

And who knows? Maybe you’ll thank them for more heroic feats soon enough...

When you awaken on the unfamiliar, cold, concrete floor, you immediately feel the bruises from yesterday’s struggle pulsating with blood and radiating pain throughout your body.

You’re shivering and suddenly you realize why: you’ve been stripped of all your clothing but your underwear, a handsome pair of Tommy John Trunks. With one eye open and your cheek still on the floor, you carefully take in your surroundings.

A young guard catches your open eye with his own watchful stare. He seems different from the others — less hostile, more inexperienced with this kind of kidnapping-foreigners-for-ransom racket you seem to have gotten mixed up in. He smiles shyly, and apologizes for your poor treatment at the hands of the other kidnappers.

“At least those underwear look comfortable!” he jokes quietly, making a genuine effort to show sympathy for your plight.

You seize the opening for engagement: “Yes, well, they’re Tommy John’s Go Anywhere Trunk,” you say, assuming your meaning is obvious. When the youth looks away and shifts his weapon nervously from one hand to the other, you quickly clarify: “You know — all-day performance fabric with four-way stretch? Moisture wicking, anti-odor, and anti-microbial? If you’re going to get taken hostage and kept in your underwear, they’re an ideal option, really.”

“And the stripe pattern — very classy,” says the guard. “Tell me, do they ever bunch or ride up?”

“Never,” you reply, and the two of you quickly lock eyes. You both know an opportunity for a deal when you see one, and you take it.

Before you know it, you’ve traded your favorite pair of underwear for your freedom — a tough call, to be sure, but ultimately, you think, the right one. Clad in the guard’s uniform, you slip quietly through the shadows of the alley behind the warehouse and out to whatever next adventure awaits beyond.

The next evolution in wearable fitness monitoring devices will expand offerings from the Fitbit and Apple Watch to options integrated into your clothing.

This has two advantages: you don’t have to don an extra accessory to track your health status, and the dispersal of monitoring systems to other parts of your body can yield more comprehensive information than a device just worn around your wrist.

And which clothing items are most in contact with your body? That’s right: Enter smart underwear. Imagine garments that can help track your heart rate, body temperature, movement, hydration, and body fat. Someday, your underwear could even detect serious health conditions and prompt you to get early treatment. Or your undies themselves might help deliver the treatment by interacting with your body.

Smart underwear could be especially useful for people who work in dangerous conditions, like firefighters or military service members, because the devices can send critical health data back to team members in a safe location and help inform decision-making and rescue efforts, when needed.

While we’re still a ways off from seeing real-deal smart underwear on store shelves, don’t sleep on the concept. Your skivvies are getting savvier every day.

Picture this: you’re two weeks into a month-long backpacking expedition with your best friend, when he slips during a scramble up a rocky slope in a rainstorm. He’s injured his ankle and requires medical attention, but you’re several hours’ hike from the nearest small town.

This is a moment when you don’t want your underwear getting in the way. But imagine a three-hour hike in flimsy, bunchy undies in the rain and it’s clear how the right pair of underwear can prove crucial in a moment like this.

In this situation, Boxer Briefs designed for athletic wear are what you need. Tommy John’s version, the 360 Sport 2.0 Pocket Boxer Brief, offers sports underwear with extended leg length of the Boxer Brief style to protect your thighs from chafing, a supportive Contour Pouch to cradle the boys during intense activity, and innovative stretch fabric and waistband to ensure no bunching, no wedgies, no rolling or pinching: nothing to get in the way of your resolve to do what needs to be done.

4. Whatever underwear these real heros were wearing

Search the internet for lifesaving moments involving men’s underwear and you will turn up far more search results than you might expect detailing funny but harrowing — and ultimately heartwarming — stories about real men saving lives in nothing but their underwear.

Sometimes men intentionally strip down to their underwear to rescue people and pets from drowning, as this tow truck driver from upstate New York did during severe flooding on a Utica roadway. He rescued three motorists in nothing but his boxer shorts.

Sometimes men are abruptly awoken from sleep and have no time to put on pants before heroics are required, as in this California man, who rescued his beloved dog Tiki from a backyard mountain lion attack in nothing but his skivvies.

This Alberta man took that plotline to an even greater extreme, actually wrestling the cougar in question (not merely scaring it away) to save his girlfriend’s dog.

In another rude awakening not involving a cougar, this Australian man was awoken by the sound of a car crash outside his home. He leapt into action still in nothing but his underwear, chasing down an unlicensed driver who had crashed his vehicle into a restaurant and then fled.

And finally, demonstrating a different but equally impressive kind of personal courage, this brave man decided to use a selfie he took in his underwear to spread awareness of prostate cancer and its symptoms.

Tommy John extends a special kudos to all of these real-life underwear-clad heros. We hope all of these stories will help inspire men everywhere to appreciate how a great pair of underwear can help them be their best.